The Commemorative Air Force (Arizona Wing) from Mesa AZ., displayed two of their WW-II aircraft at Hector Airport. A Heinkel He 111 medium bomber and a Boeing B–17G Heavy Bomber. I did not attend this event. I don’t recall knowing about it or seeing Bob’s photos until I was reviewing his negatives for this blog. The aircraft were on display at Dakota Aero Tech, Inc., from 9 a.m. to dusk.

“Sentimental Journey” the Boeing B–17G ‘Flying Fortress’ has been in Fargo before, and it would return here many more times. It is a regular visiting exhibit at the Fargo Air Museum.

The Heinkel He 111 medium bomber was built by CASA in Spain after WW-II. This modified Spanish 2.111D served as a transport for Spanish VIPs, including General Francisco Franco. It was purchased in England by the Commemorative Air Force in 1977. This aircraft was the only flying example. Unfortunately in 2003 it crashed in Cheyenne Wyoming; killing the pilot: Neil R. Stamp, and the copilot: Charles Stephen Bates. It also destroyed the aircraft. I believe this was the only time it was in Fargo. [See the links below] 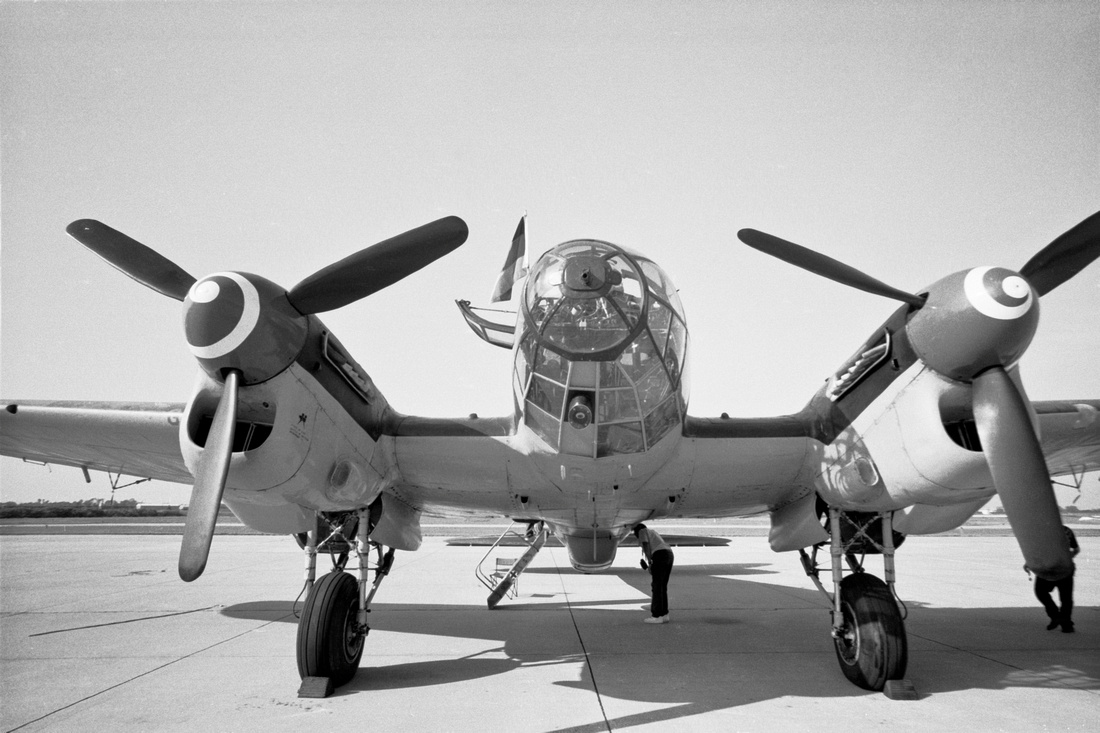