From the clipping on the print:
93rd Bombardment Group
Activated on 1 Mar 1942 Prepared for combat with B-24's Engaged in antisubmarine operations over the Gulf of Mexico and the Caribbean Sea, May-July 1942. Moved to England Aug-Sept 1942 and assigned to Eighth AF. Entered combat on 9 Oct 1947 by attacking steel and engineering works at Lille. Until Dec 1942 operated primarily against submarine pens in the Bay of Biscay. A large detachment was sent to North Africa in Dec 1942, the group receiving a DUC for operations in that theater. Dec 1947-Feb 1943, when with inadequate supplies and under the most difficult desert conditions, the detachment struck heavy blows at enemy shipping and communications. The detachment returned to England, Feb-Mar 1943, and until the end of June the group bombed engine repair works, harbors, power plants, and other targets in France, the Low Countries, and Germany. A detachment returned to the Mediterranean theater, Jun-Jul 1943 to support the invasion of Sicily and to participate in the famous Low level attack on enemy oil installations at Ploesti on 1 Aug. Having followed another element of the formation along the wrong course to Ploesti, the 93rd hit targets that had been assigned to other groups, but ii carried out its bombing of the vital oil installations despite heavy losses inflicted by attacks from the fully-alerted enemy and was awarded a DUC for the operation. The 93rd concentrated on bombardment of strategic targets such as marshaling yards, aircraft factories, oil refineries, chemical plants and cities in Germany. In addition it bombed gun emplacements, choke points, and bridges near Cherbourg during the Normandy invasion in June 1944, attacked troop concentrations in northern France during the St. Lo breakthrough in July 1944, transported food gasoline water, and other supplies to the Allies advancing across France, Aug-Sept 1944, dropped supplies to airborne troops in Holland on 18 Sept 1944, struck enemy transportation and other targets during the Battle of the Bulge, Dec 1944-Jan 1945, and flew two missions on 24 March 1945 during the airborne assault across the Rhine dropping supplies to troops near Wesel and bombing a night-fighter base at Stormede. Ceased operations in April 1945 Returned to the U.S. May-June 1945. 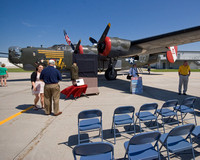 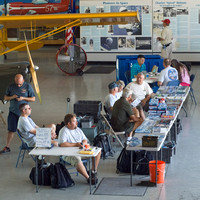 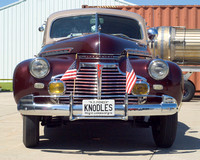