Visitors 30
Modified 15-Jun-20
Created 10-Aug-12
66 photos
The Minnesota Wing of the Commemorative Air Force flew in their North American B-25J bomber, "Miss Mitchell" on Monday. It was coming from Saskatchewan, Canada. Miss Mitchell was right on schedule 12:18. Unfortunately it touched down a mile from my position, and heat waves coming off the runaway were particularly bad today. The crew deplaned at the Fargo Air Museum. Robert Odegaard was there to greet them. The crew went to lunch, and Robert took a passenger up on his P-51D.
I photographed aircraft details and chatted with Mike from the Museum, a former USAF mechanic, and other photographer as I moved around Miss Mitchell.
Tuesday, I limited my photos and did more talking with the museum staff.
Additional photos from 2009 including the interior.

Taxi Across The Runaway 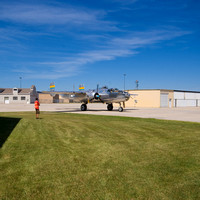 Cameras At The Ready 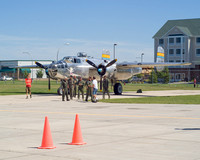 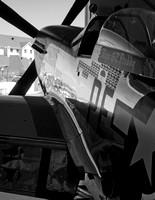 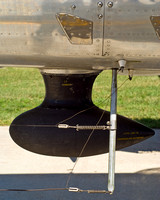