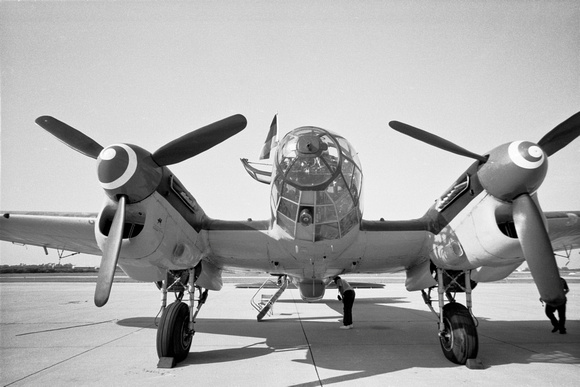 The He 111 was constantly upgraded and modified, but became obsolete during the latter part of the war. The German Bomber B project was not realised, which forced the Luftwaffe to continue operating the He 111 in combat roles until the end of the war. Manufacture of the He 111 ceased in September 1944, at which point piston-engine bomber production was largely halted in favour of fighter aircraft. With the German bomber force virtually defunct, the He 111 was used for logistics.
Production of the Heinkel continued after the war as the Spanish-built CASA 2.111. Spain received a batch of He 111H-16s in 1943 along with an agreement to licence-build Spanish versions. Its airframe was produced in Spain under licence by Construcciones Aeron‡uticas SA. The design differed significantly in powerplant only, eventually being equipped with Rolls-Royce Merlin engines. The Heinkel's descendant continued in service until 1973. -[wiki]