My co-pilot at this airshow would be Victor Teigen. This was one of rare airshows that Bob Nelson did not attend. This would also be the last Fargo AirSho on the west side of the runaway. I had a headache that precluded going on Sunday. I gave my ticket to my father instead. There were no marquee military demonstration teams this year so attendance was unsurprisingly low.

Frankly it was disappointing, this show was one of the best in the nation this year. It’s a super show, the weather was good. So many things were right. When you put a show together with Wayne Handley, Jim Maroney, Jim Franklin and all the stars we had, it just doesn’t happen very often. We received outstanding feedback from spectators and performers. You gotta feel good about the show we put on. Everything ran exceptionally well. The performers were tickled to death. I’m still kind of numb. The committee is just exhausted. Everyone worked very hard and did an outstanding job. -Dick Walstad, 1999 Fargo AirSho, co-chairman.

AirSho officials were hoping to eclipse 30,000 people, but estimates were between 20,000 and 25,000 people. According to spectators on Saturday, the absence of the Blue Angels or the Thunderbirds was the reason. The FArgo AirSho did raise $240,000 for cancer research and the planned Fargo Air Museum.

The FA–18 ‘Hornet’ was flying around when we arrived. Civil Air Patrol (CAP) cadets were parking arrivals half a mile away. I flashed Victor’s Volunteer pass and we parked at the gate. We would be working at the Good Shepherd’s food booth. I heard most of Bob Hoover’s demonstration while under the tent. I watched parts of the aerial displays.

I couldn’t find my polarizer filter. I remember looking at it and knowing it was going into the bag, but I guess I didn’t get that far. I shot through two rolls in minutes. Although the AV–8 ‘Harrier’ wasn’t there, there was a German Panavia 200 ‘Tornado’ and many interesting aircraft.
The F–4G ‘Super Corsair’ engine wouldn’t start. It’s flight was canceled.
While watching Handley in his “Raven” stunt plane, I accidentally opened my camera only see the film not rewound. I instantly closed the camera, but it was too late.
I watched the NDANG “Happy Hooligans” take off. Their demonstration did not last long. One of their F–16A ‘Falcons’ reported a bird hit. Victor was back at the booth. I helped clean tables and stow all the gear. There was no one left on the flight-line. The booth-girls had all disappeared into the NATO AWAC plane parked on the runaway north of us. I said we should wait for them to show up. I guess the NATO Crew sat them down and wouldn’t let them leave. I can’t blame them. A couple of those girls were very cute. I asked if they signed anything, “You’ve probably enlisted the Belgium Air Force.”
We filled my Astro van with eight people and church supplies. 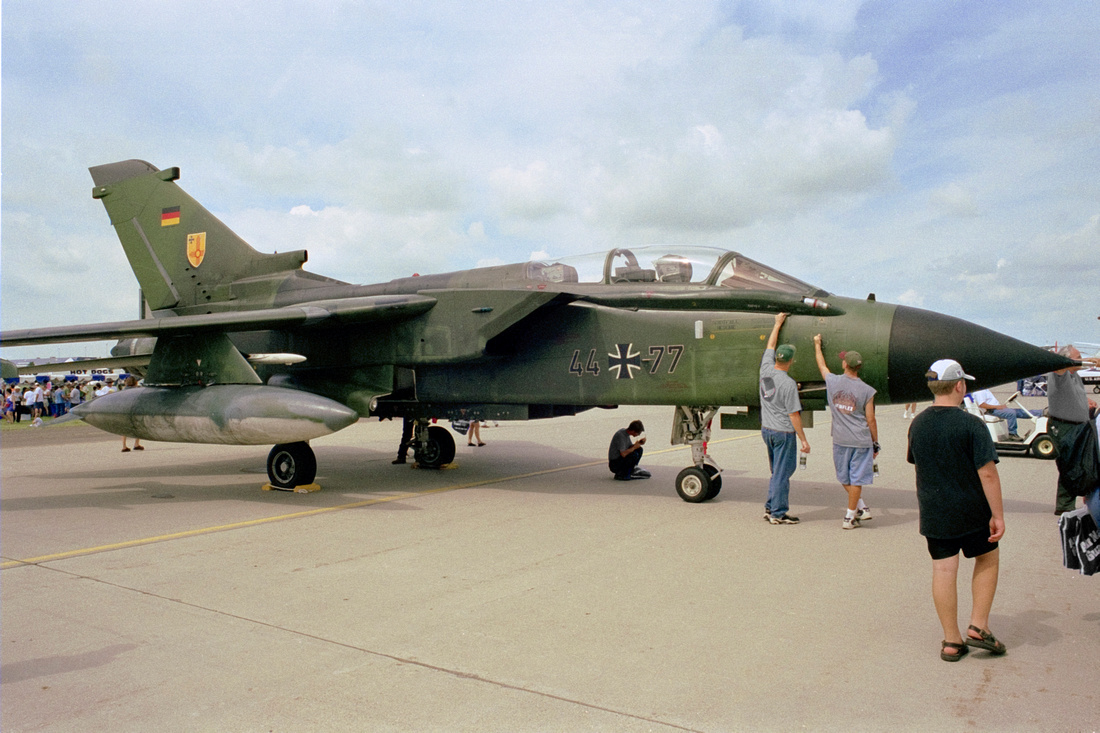 German TornadoThe Panavia 'Tornado' is a family of twin-engine, variable-sweep wing multirole combat aircraft, jointly developed and manufactured by Panavia Aircraft GmbH, a tri-national consortium. (Italy, the United Kingdom, and West Germany) It first flew on 14 August 1974 and was introduced into service in 1979-1980. Due to its multi-role design, it was able to replace several different fleets of aircraft in the adopting air forces. Photo by Craig on Saturday, August 21, 1999 at the Fargo AirSho.

See the Full Gallery or the Gallery Slideshow for more photos from the Fargo Airsho: 34 in total with detailed photo/airplane descriptions. My photos are color print film. ©1999, 2019.

Each aircraft link goes to its first photo in the gallery. The numbered links go to addition aircraft information, usually Wikipedia. I also used material found in the 1999 Fargo AirSho Program and Fargo Forum Newspaper. 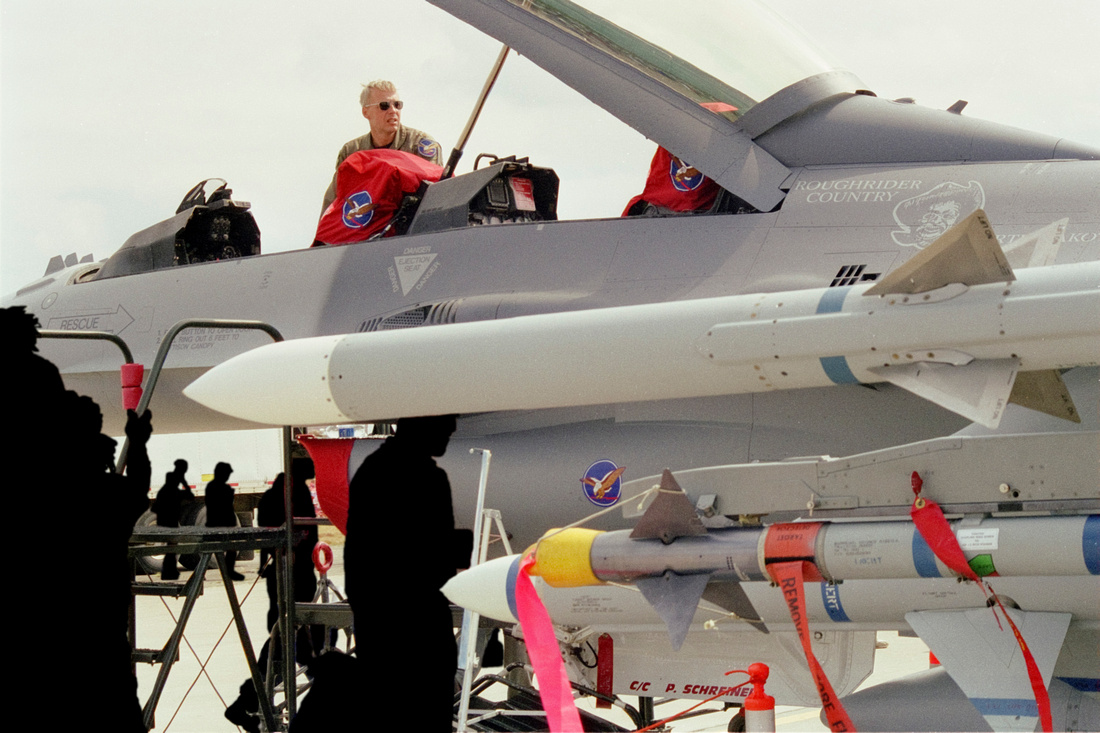