This airshow was notable for being cold and windy. Due to the weather, the Thunderbirds would be performing their ‘Low Show’ (3500 foot cloud ceiling and 5-mile Visibility.) My sister was back in town and wanted to attend the show with me. As always, Bob Nelson was my photographic co-pilot. Today was another of our adventures, but photographically not one of the better shows.

The highlight was a F–117A stealth fighter-bomber with a double line of death: two concentric ropes cording off the aircraft with two M16 toting guards inside. I photographed the stealth with Suzanne, one with me, and then we lost Bob. Poof, he was gone. He must have stepped into the stealth field and became invisible.
The GFAFB 319th Security Forces Squadron performed a demonstration. They simulated a battle between the forces of Elvis and Disco. The bad guys were the forces of Disco from Fargo. Aircraft were flying and bombs were exploding.

We waited in the hanger: to get out of the cold wind; then watch the B–1B fly. The wind brought the smoke of bombs, pizzas, hot dogs and sauerkraut. The PA announcer advertised for the poor ice cream vender, laughing as he says, “The ice cream’s cold!”

The 1992 USAF Thunderbirds fire up their F–16C ‘Falcons’. “Thunderbirds, let’s run em up!” being retransmitted from the Lt. Col. Dan Darnell’s mic through the PA system. Darnell is followed by the other pilots: #2 Captain Jeffrey Rochelle, Left Wing; #3 Captain Leonard Coleman, Right Wing; #4 Captain Paul Strickland, Slot; #5 Captain David Coffman, Solo; and #6 Captain Clark Rogers, Solo. Once the Thunderbirds are in the air it’s pretty interesting. We’re all surprised as one F–16C flies overhead with afterburners (Sneak Attack) while we were watching the Diamond Formation fly off to the north. Their F–16C block 32H/J aircraft were built in 1986 and 1987, and operated by the Thunderbirds from 1992 to 2008, having switched from the F–16A to the F–16C in 1992.
They finish with a ‘Delta Closer’ maneuver (sort of a ‘Bomb Burst’ laid on it’s side.) After the show we walked the flight-line twice before finding Bob. My camera got stuck while photographing the B–1B.. I didn’t notice security was yelling at me to get behind the cones. I tested the line of death and lived. 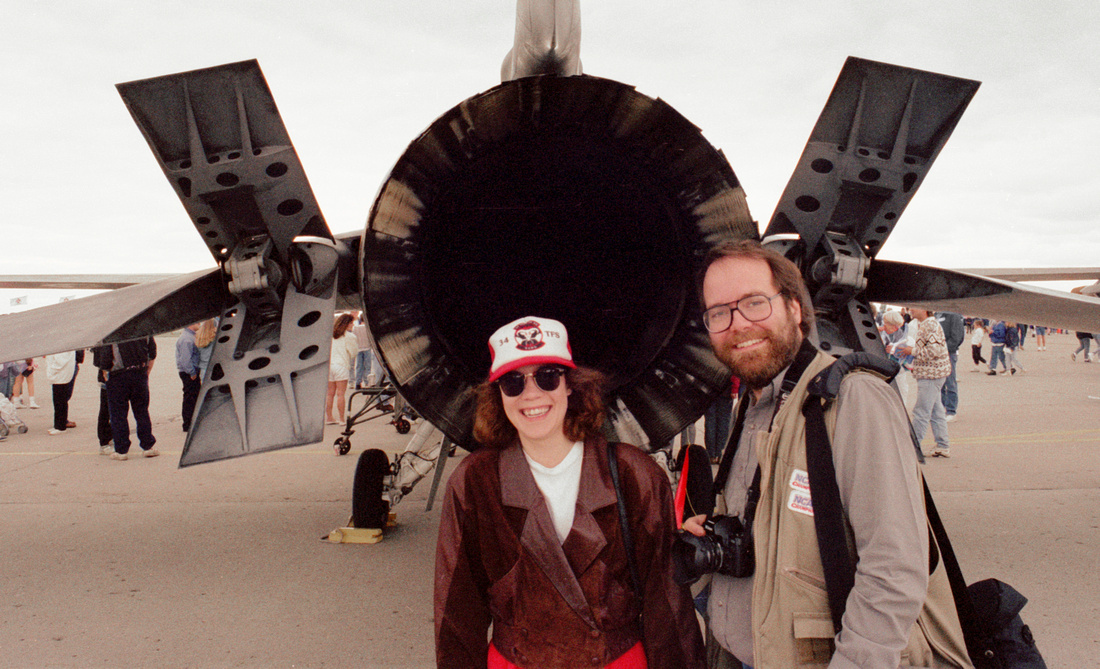 See the Full Gallery or the Gallery Slideshow for more photos from ‘Family and Neighbors Day’ at the Grand Forks Air Force Base: 109 in total with detailed photo/airplane descriptions. Each aircraft link goes to its first photo in the gallery. The numbered footnote links are where I found information for the photo descriptions.. usually Wikipedia if missing. 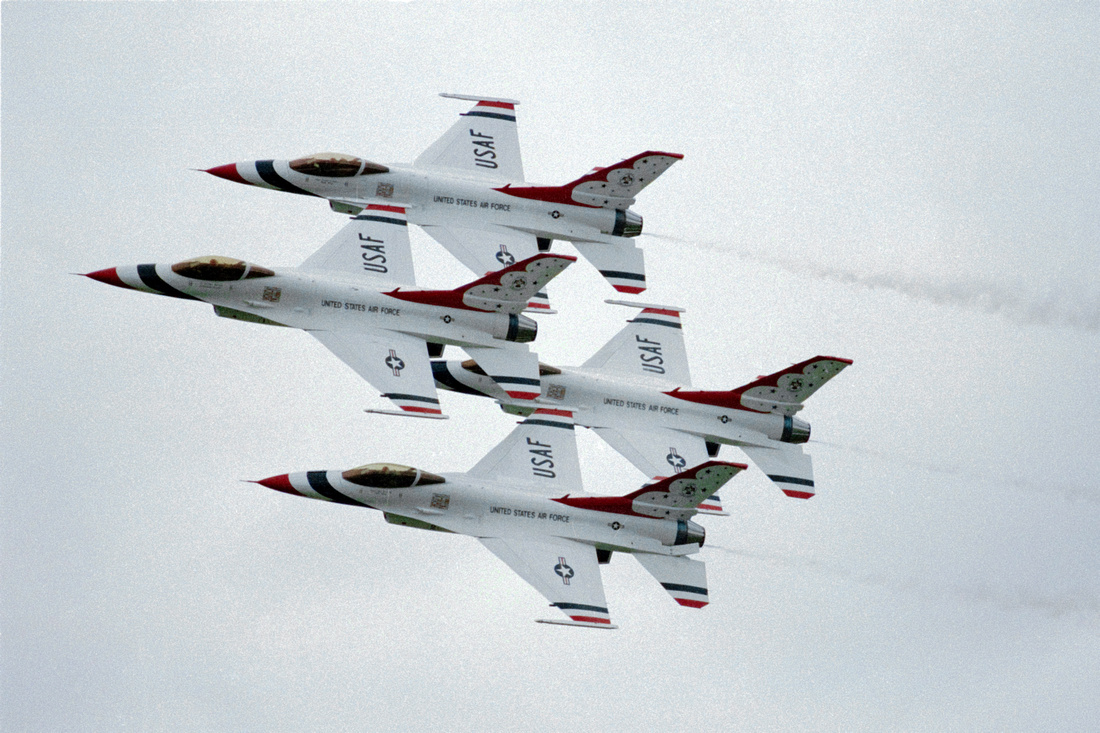