In 1993, there were no marquee performers at the Grand Fork Air Force Base open house. But it was still a fun day in the sun. I brought along my co-pilot: Bob Nelson, my other friend: Vic, and my sister. The Security Demonstration by the 319th Security Forces Squadron was the highlight of the show. It involved a NDANG F–16A ‘Falcon’ fly-by, their B–1B ‘Lancer’ bomber, a UH–1 ‘Huey’ helicopter, BearCat armored car, lots of blanks and plenty of Pyrotechnics.
The FA–18C and F–16C performed aerial demonstrations. I enjoyed the B–1B bomb loading demonstration. I should have taken more interest in the static displays but I was busy joking with my friends. 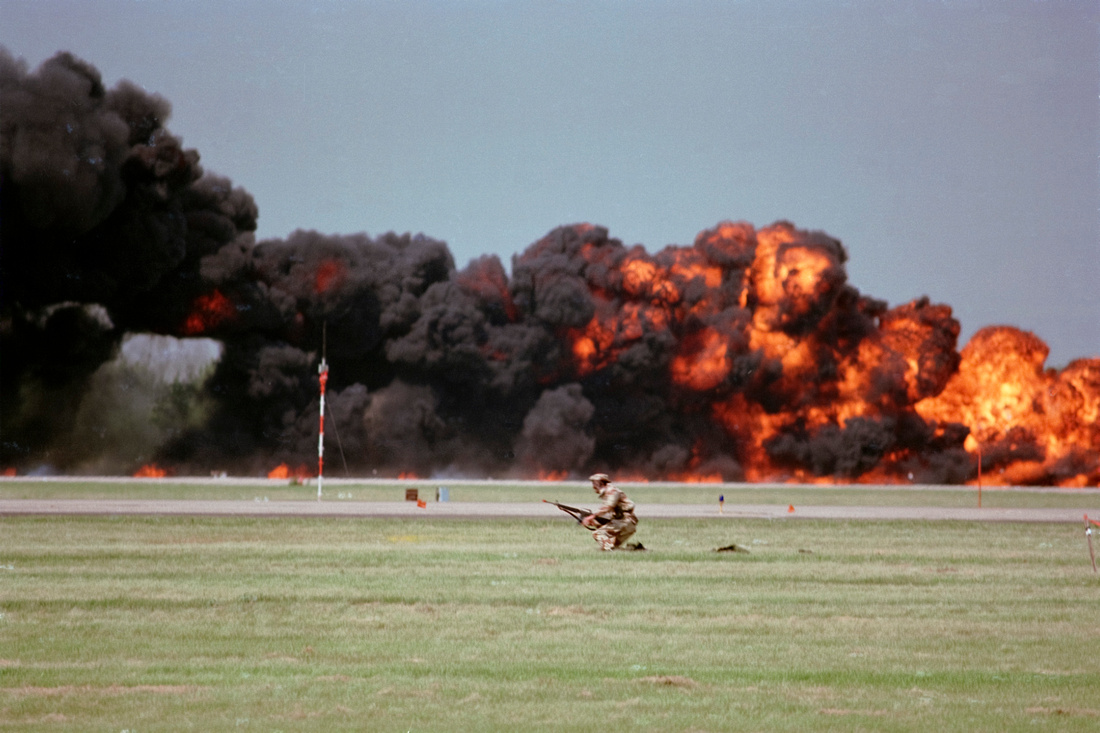 Airfield Assault DemonstrationThe 319th Security Forces Squadron simulates an airfield assault, The Pyro was from a simulated bombing run by the NDANG F-16 'Falcon' and GFAFB B-1B 'Lancer' on Sunday, August 8, 1993 at the Grand Forks Air Force Base.

See the Full Gallery or the Gallery Slideshow for more photos from ‘Family and Neighbors Day’ at the Grand Forks Air Force Base: 61 in total with detailed photo/airplane descriptions. Each aircraft link goes to its first photo in the gallery. The numbered footnote links go to where I found information for the photo descriptions.. usually Wikipedia if missing.

We didn’t arrive until almost noon and left around 4 pm. 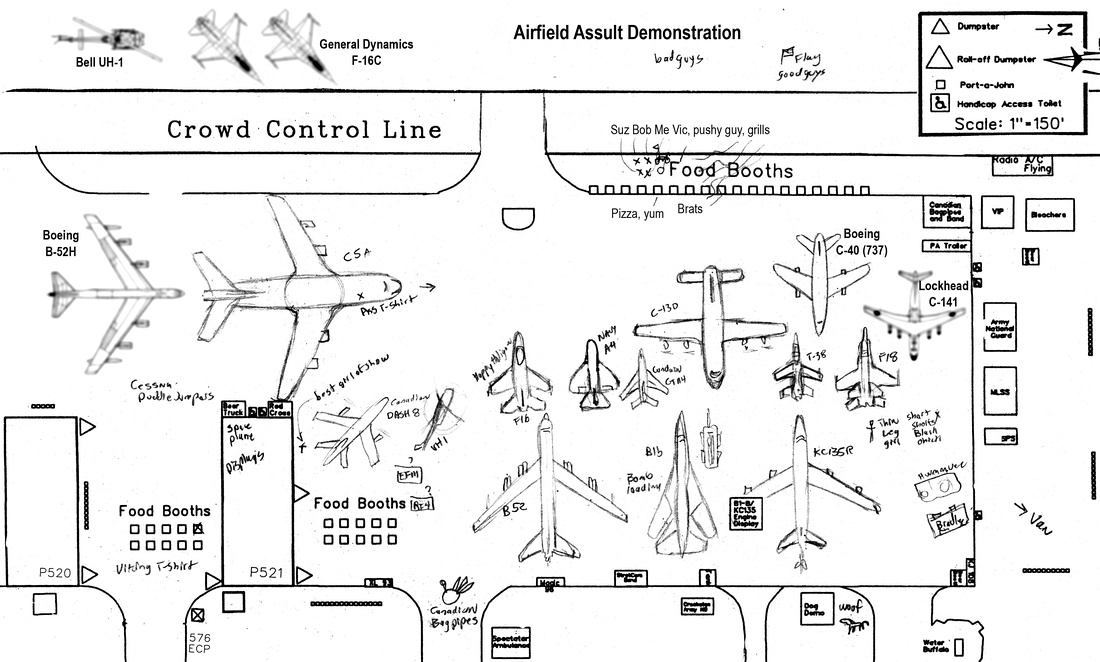 1993 GFAFB MapThis was my hand-drawn map from the 1993 GFAFB airshow. In 2019 I updated some of the aircraft and text that were too hard to read and made the whole thing tighter.