These undated photos (August 7-11, 1985) are from one of the few air shows I did not attend with my friend Bob Nelson. I was at work and then Jamestown over the weekend for a family event. Bob shot two rolls of film at the show.*  The show was held on the South General Aviation Ramp at Fargo Hector Airport. It featured World War II aircraft from the Confederate Air Force, some Vietnam Era aircraft, and a couple local aircraft: including a 1917 J-1 Standard and an Experimental aircraft- both would reappear in the Fargo Air Museum- twenty years later; we wouldn't see them until then. The long shadows by the Stinson L-5 suggest a late afternoon or early evening attendance. And the shadows show Bob photographing with his father, Doug Nelson, beside him. This makes sense as Doug flew in the B-25 Mitchell during the war, much like the one on display. The Junkers JU-52 was an unique aircraft, but not so unique I didn't build a 1/72 scale plastic model of it. I believe this aircraft made a return trip to Fargo in 1989, but I haven't seen it since.

* Note: in 2016 Bob found a couple rolls of slide film from this air show (probably from a different date). I have since added them to this portfolio and listing. 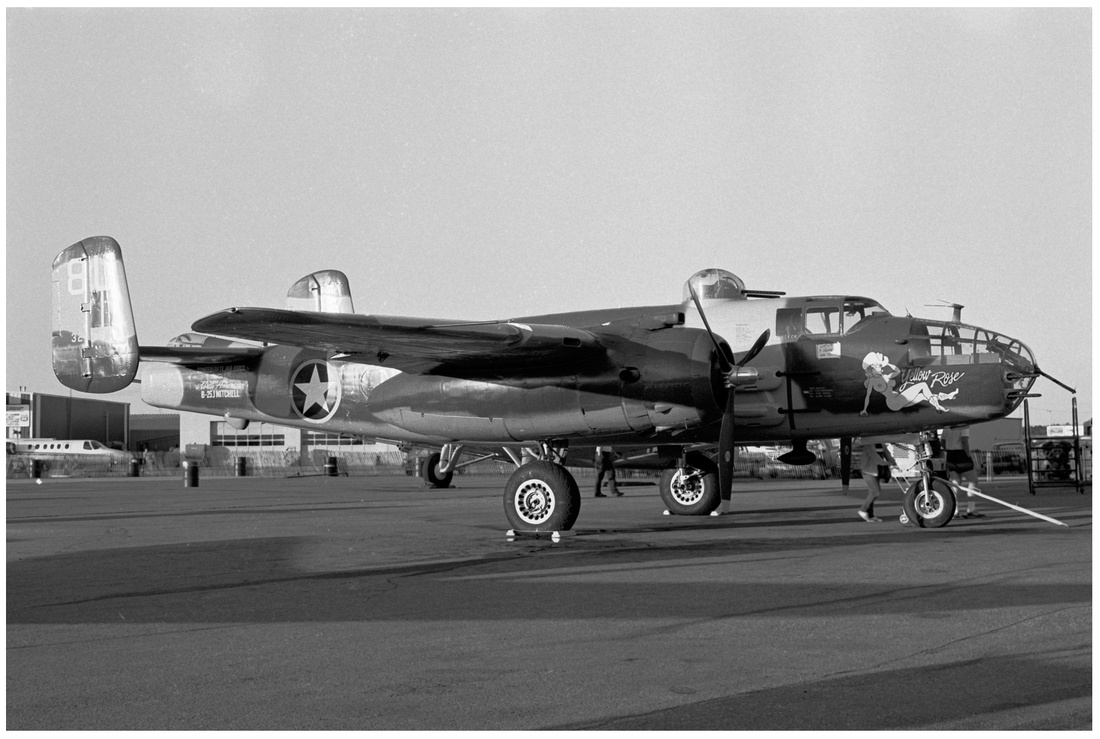 See the full Gallery or the Gallery slideshow, for more of Bob Nelson's photos from the CAF air show: 47 total including my detailed photo/airplane descriptions.

Note: colored links in the ID column lead to photos of the aircraft in the Gallery.