The North Dakota Air National Guard in Fargo celebrated their 30th Anniversary with an Open House and Air Show on Saturday, June 25th 1977. I attended with my friend Bob Nelson. This would be the first of many air shows we've attended together. The highlight of the show was an aerial demonstration by the USAF Thunderbirds at 3:25 PM. Bob and I were just as interested in the static displays of modern (and not so modern) aircraft from the Air Force, Air Guard, Navy, and Marine Corps. We weren't interested in the 1:30 band concert by the Strategic Air Command band. I'm not sure we took advantage of the NDANG facility tours either. 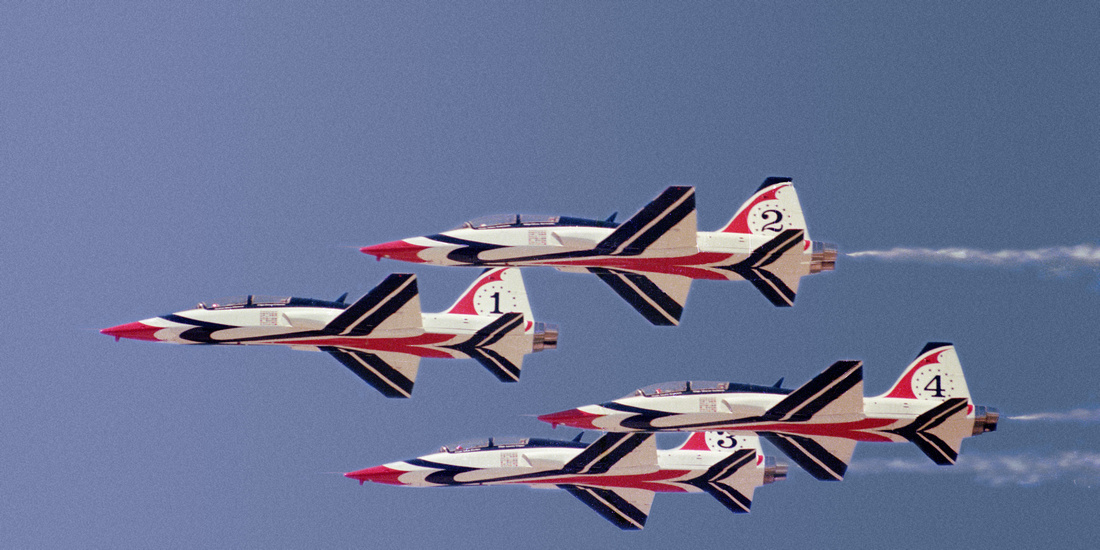 It was good air show. The skies were clear and the forecast called for highs in the mid 90s. It was the only time I got to see the Thunderbirds flying the T-38 Talon.  There was a nice selection of older aircraft including much of the 'Century-Series' of fighter jets and some newer aircraft like the S-3A, A-10A, F-14A, and F-15A. I shot almost three rolls of color film. (Prefix a,b,c) Time and poor storage has taken its toll. I was unhappy with my negatives scans. Even after an hour per image in Adobe Photoshop there are still problems with damage and color balance.

I feel I missed much of the air show. So, I asked Bob to share his photos. He had his own issues with damage- losing all the images shot with his Mamiya. He did have two rolls of Kodachrome slide film shot with a Nikkormat FT2, 45mm, 135mm, and possibly a 2x converter. These slides have aged well and required almost no work after I scanned them in my Minolta F2900 Dimage film scanner. (Prefix r,s)

I wish I had been more patient. There were crowds around the static displays, but if I waited I could have shot around them. Instead I spend a lot of time in 2013 masking out those crowds. Usually I like to get there early to avoid the crowds (or stay late) but the show didn't open until 11 AM. I wish had shot more film, but three rolls at the time was a lot; especially due to my finances. I am happy with the aerial shots. I didn't waste a lot of film, which is easy to do when you get caught up with the speed and noise. I only had a 135mm lens, so there was a limit to what I could capture.

There were many aircraft I wish I had photographed: C-124, WB-57F, O-2A, F-89, A-7, and surprisingly the F-14 Tomcat. I even missed the P-51D Mustang (Boomer)- thankfully Bob caught this on Kodachrome. In addition to the aircraft I missed there were many I wish I had covered better: The Century Series of fighters, especially the unpainted F-104, which looked great in the sun. The camouflaged F-4D of the Happy Hooligans (NDANG) would soon be painted Air Force gray. The NDANG F-89 and a A-37 soon to be retired. 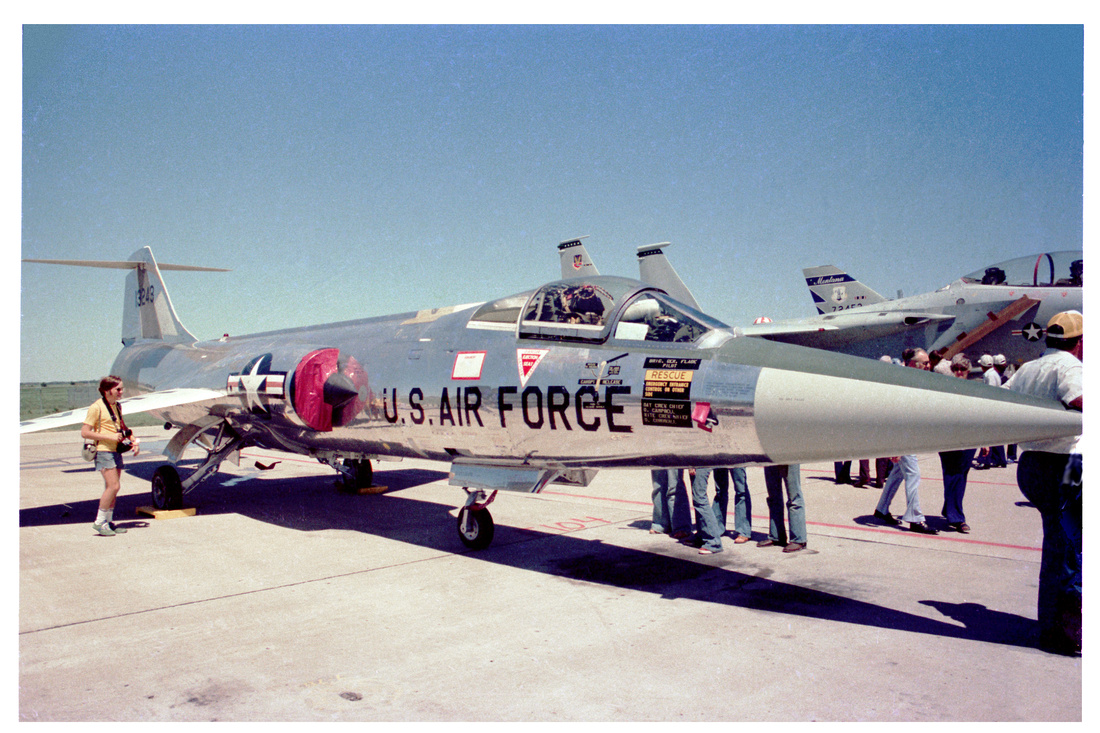 Bob Nelson with F-104 StarfighterBob is checking his reflection in the F-104 'Starfighter's body at the 1977 Fargo Airshow.

See the full Gallery or the Gallery slideshow, for more photos from the NDANG air show: 85 total by Bob Nelson and Craig Maas, also includes my detailed photo/airplane descriptions.

Coverage in the 1977 Fargo Forum

Note: colored ID links lead to photos of the aircraft in the Gallery.