I brought a camcorder and spent the day recording the static displays and aerial displays. I never transfered the tape. The camcorder went back to my brother-in-law, and I’ve never seen the tape since. I didn’t shoot a single frame of film. Bob Nelson shoot two rolls of color film of the USAF Thunderbird demonstation flight.

The men and women from Grand Forks Air Force Base would like to invite you to this year’s Friends and Neighbors Day.. This is our way of saying thanks to all our friends in the Red River Valley and throughout the region for their outstanding support throughout the years. It’s also an opportunity for you, our neighbors, to get up close and personal with some of the Air Force’s finest weapon systems and a chance to talk with some of the talented and dedicated people who serve in your Air Force. Since the theme of the day centers on aircraft and their air power, we’ve also invited our sister services and a number of civilian and vintage aircraft. This year’s highlights include the U.S. Air Force Thunderbirds and the U.S. Army Golden Knights Parachute Team. Without a doubt, this year’s show is going to be the biggest and best in Grand Forks’ history. We’re planning for more than 50,000 people - so come join us - you don’t want to miss this show. -GFAFB Program

Sunday, I left with my sister’s family. Bob left with his. The traffic was backed up for miles at the base. We missed the B–52H ‘Stratofortress’ while in the traffic jam. The F–117A ‘Nighthawk’ was flying as we walked in. I waited for Bob at the big hanger and watched the U.S. Army Golden Knights Parachute Team.

I crashed into Bob at the flight-line. They got stuck in traffic too. I rolled my nephew through the C–5A, ‘Galaxy’ which was stroller accessible on both ends. Bob mentioned the open hangers on the east end. The NDANG “Happy Hooligans” had a life sized inflatable F–16.

Under the wings of a C–17,‘Globemaster III’ we watched the aerobatics teams perform. I located Bob directly off the C–5A at the fence, “My mission was to find you and report back.” I saluted and left. It was hot in the sun, but didn’t take much convincing to move my team to the fence. Soon the Thunderbirds were rolling. They sat out on the tarmac a long time: waiting for 3:20 - to go up on schedule.
I was ready to go after they landed. The day went quickly. I missed all the aerial demonstrations and could have left my still camera at home. 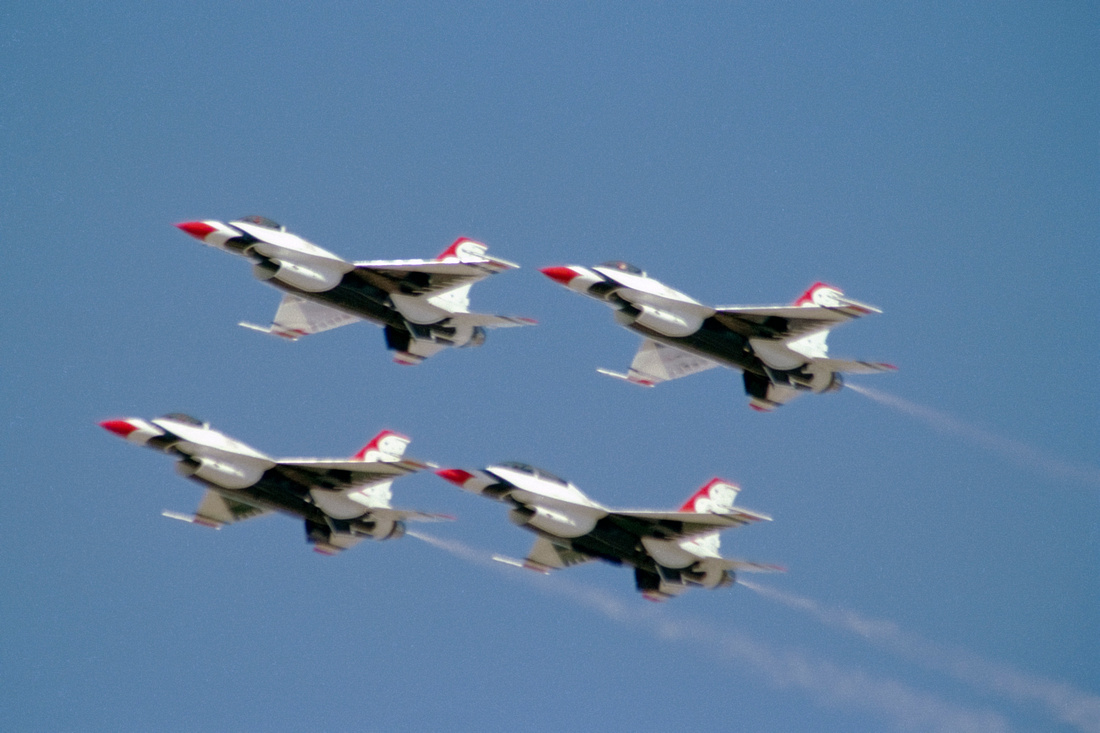 See the Full Gallery or the Gallery Slideshow for more photos from the GFAFB Air Show: 42 in total with detailed photo/airplane descriptions. Bob Nelson’s photos (Color Print CN164–165) are ©1998, 2018; used with permission. 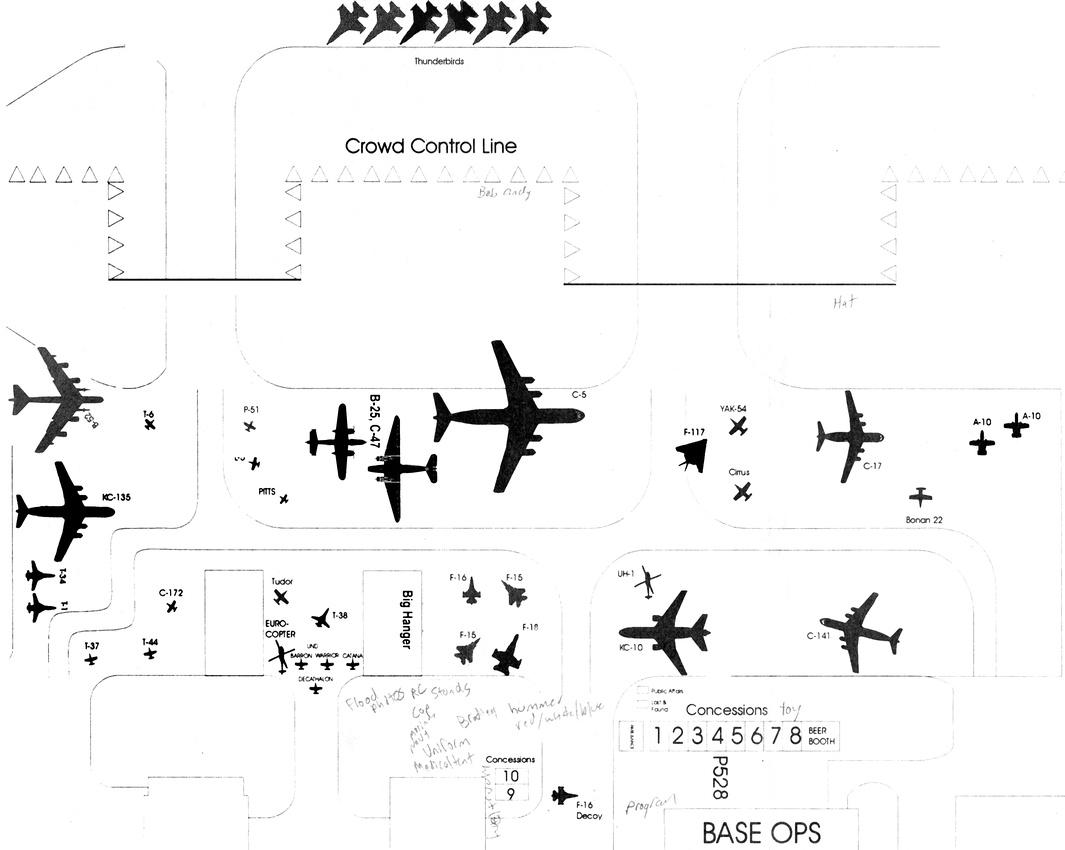 1998a GFAFB MapI updated the map found in the 1998 GFAFB Program. I made notes at the time in pencil. In 2019 I moved and deleted aircraft.