This was my first air show. Unfortunately I remember very little of it. There was little press coverage (see link below) other than a photo in paper of the U.S. Navy Blue Angels practicing over the skies of Fargo in their McDonald-Douglas F4J 'Phantom' jets. It is interesting to note the Blue Angels flew on a Friday, at 2 PM. I lived less than a mile from the airport at the time. I was interesting in aviation, but don't remember this performance. It is quite possible my friend Blaine and I didn't even know about it until they were flying overhead.

The 'Open House' at the Air Guard was held from 10 AM until 4 PM on Saturday August 5th 1972. Dad and I attended. I believe he photographed these four aircraft, the T-38 Talon, the F-102 Delta Dagger*, the A-7 Corsair II, and the UH-1 Huey helicopter. I wasn't yet into photography. The Yashica D was Ray's main camera at the time- and helps place these photos to this air show. It looks like we were there after lunch- it wasn't very crowded, maybe everyone was at the 1 PM hanger dance. (*Note: The NDANG flew the F-102 from 1966 to 1969)

Although I can't really remember this air show, it was important. Not only was it my first, but it was something dad and I shared along with photography. I've attended every air show in Fargo since then. The Fargo Air Sho got wildly popular over the years. The NDANG mission has changed a number of times, but they still play a vital role in our community. 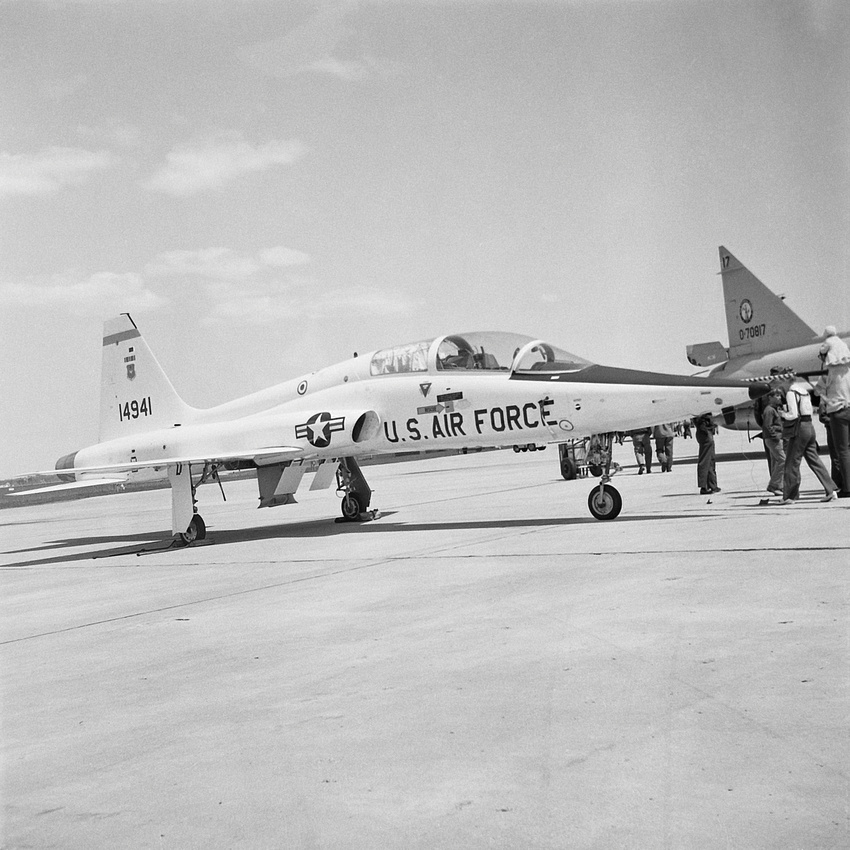