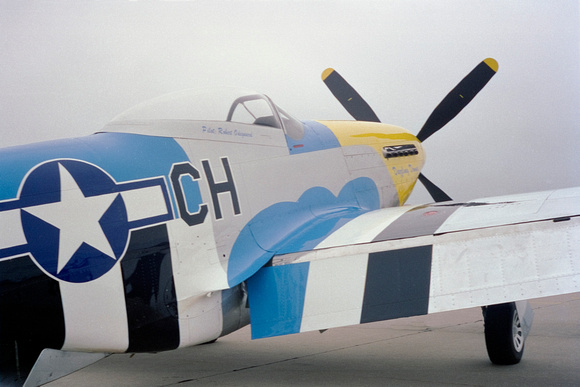 "Unique to the P-51 was the laminar flow wing design which was developed by the US National Advisory Committee for Aeronautics (NACA). Contemporary aircraft wings featured a wing cross-section with maximum thickness about a fifth of the way across the wing from the leading edge with most of the camber on top of the wing. The laminar flow wing in contrast has its maximum thickness well aft from the leading edge and has almost as much camber on top as on the bottom. This feature reduced turbulent flow across the wing, thereby reducing drag and increasing speed and range. Drag was also reduced by positioning a ventral radiator underneath the rear of the fuselage to present the smallest possible fuselage cross section." Source- The Aviation History Online Museum