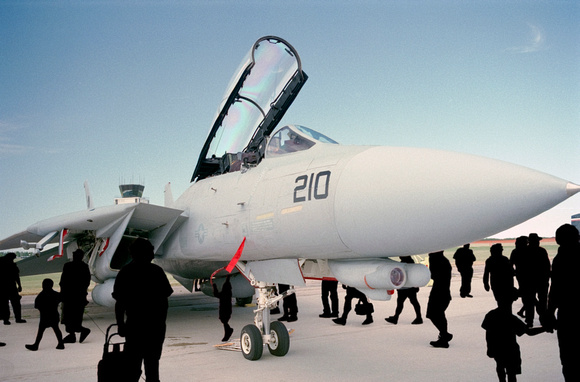 The Grumman F-14 'Tomcat' is an American supersonic, twin-engine, two-seat, twin-tail, variable-sweep wing fighter aircraft. It was the first such U.S. jet fighter with twin tails. The Tomcat was developed for the United States Navy's Naval Fighter Experimental (VFX) program after the collapse of the F-111B project. The F-14 was the first of the American Teen Series fighters, which were designed incorporating air combat experience against MiG fighters during the Vietnam War. -[wiki]