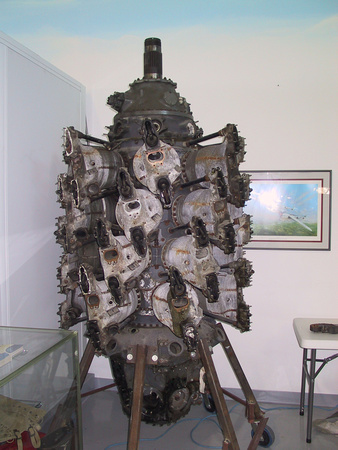 The Pratt & Whitney R-4360 Wasp Major is an American 28-cylinder four-row radial piston aircraft engine designed and built during World War II, and the largest-displacement aviation piston engine to be mass-produced in the United States. It was the last of the Pratt & Whitney Wasp family, and the culmination of its maker's piston engine technology, but the war was over before it could power airplanes into combat. It powered the Goodyear F2G "Super" Corsair and the Covair B-36 'Peacemaker' in addition to other aircraft. [Wiki]