Visitors 8
Modified 15-Jun-20
Created 29-Jan-13
19 photos
Nick Mertens #18 threw a 69-yard completion on his first attempt and finished with 304 yards passing and three touchdowns to help North Dakota State defeat Austin Peay 41-6 before a crowd of 18,701 in the Fargodome. It was NDSU's fifth sellout over the past seven games and 13th straight win at home. The Bison held the Governors to 91 yards of total offense. NDSU had 452 yards of total offense. Mertens' favorite target was veteran receiver Kole Heckendorf, who caught eight passes for 179 yards and all three of Mertens' touchdown passes. The three TD receptions were a career-high and the eight catches matched a career best. That included a 69-yard touchdown pass on the first play from scrimmage in the second half, making it 27-0. 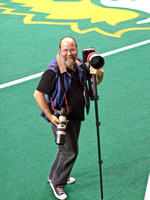 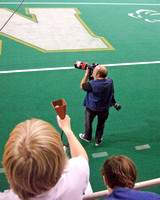 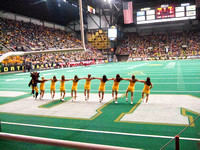 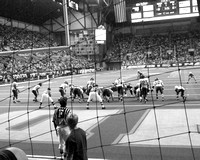 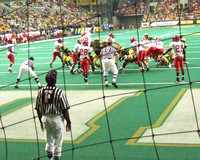 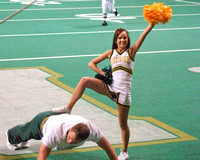