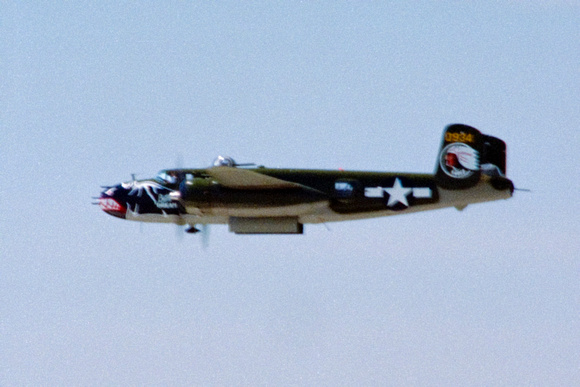 The B-25J (sn 45-8835) was delivered when the North American Aviation B-25 contract was terminated. She was flown directly to the RFC from the factory. Her registration was changed to the current N5672V in September of 1994. From 1994 to 1999, she underwent restoration work. Her first flight after restoration was in March of 1999. Since restoration, she has flown as "Betty's Dream". She is now owned by the Texas Flying Legends Museum. [b-25history.org]