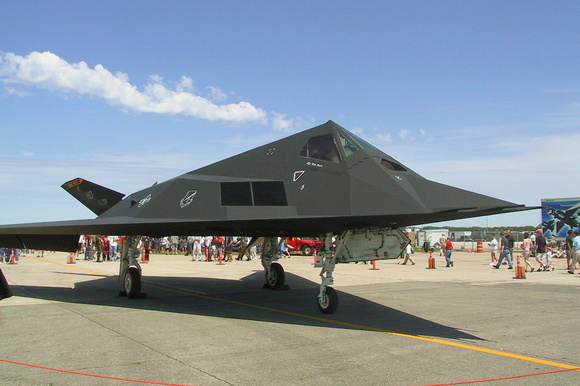 The last F-15A Eagle departed Holloman 5 June 1992, ending 14 years of Eagle operations. On 9 May 1992, four F-117A stealth fighters from Tonopah arrived at Holloman with the 49th Fighter Wing taking over as the only stealth fighter wing in the world. Also, German Air Force F-4F Phantom IIs training was transferred to Holloman, from the closing George AFB, California, the mission being assigned to the 9th Fighter Squadron, in May 1992 (the 9th became an F-117A squadron in July 1993, GAF training being assigned to the re-activated 20th Fighter Squadron. [wiki]