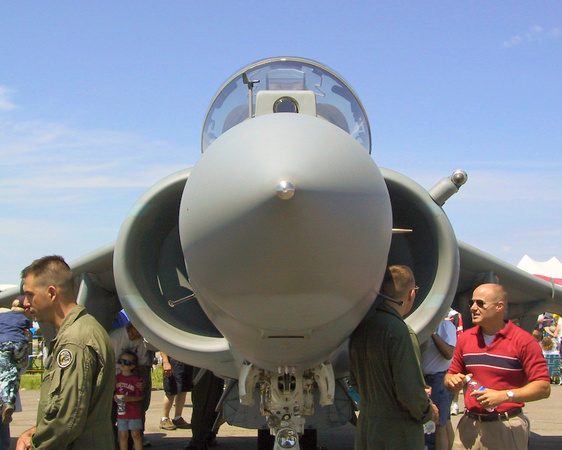 The McDonnell-Douglas (now Boeing) AV-8B Harrier II is a single-engine ground-attack aircraft that constitutes the second generation of the Harrier Jump Jet family. Capable of vertical or short takeoff and landing (V/STOL), the aircraft was designed in the late 1970s as an Anglo-American development of the British Hawker Siddeley Harrier, the first operational V/STOL aircraft. The aircraft is primarily employed on light attack or multi-role missions, ranging from close air support of ground troops to armed reconnaissance. The AV-8B is used by the United States Marine Corps (USMC). [wiki]