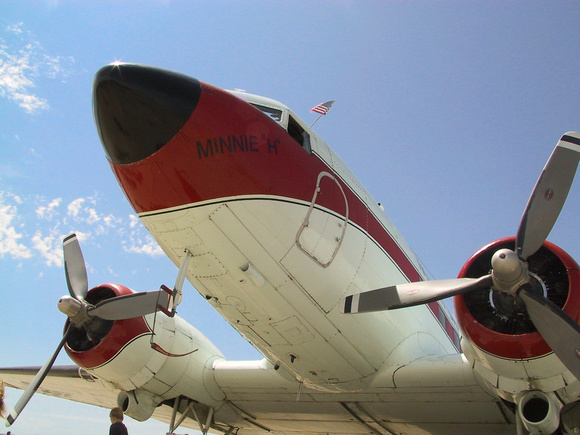 This older C-47 (built in September 1942) served in the Pacific Wing of the Air Transport Command (Australia) during WW-II. She was sold as war surplus. She spent almost 50 years working for the Canadian Department of Transportation (CF-DOT.) I
Harry Thompson and Robert Odegaard purchased the aircraft and restored it to the original colors of a NDANG C-47: "Minnie H", in 1998.