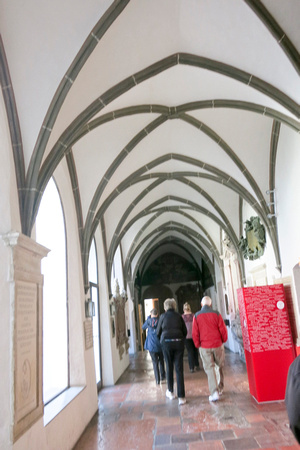 Lutherstiege Museum, Augsburg, German (DE).
The Lutherstiege is a theological - historical museum in the Augsburg church of St. Anna and documents above all the events that led to the Reformation and thus to the Western schism. On the occasion of the 500th birthday of Martin Luther in 1983, the city of Augsburg planned the creation of a museum that would deal with his person as well as with the events of the time. A special emphasis should be placed on Augsburg, which had played a special role during the Reformation.
Empty adjoining rooms of a former Carmelite monastery church, now the Evangelical Lutheran parish church of St. Anna, offered themselves for this purpose. The museum, which was named "Lutherstiege", opened in 1983 as planned. After reconstruction work, the Lutherstiege was reopened on April 22, 2012. -wiki
Char Maas 2017
Powered by ZENFOLIO User Agreement
Cancel
Continue