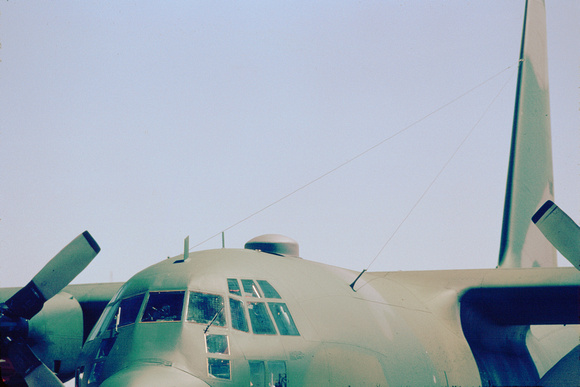 A C-130 'Hercules' photographed by Bob Nelson at the Grand Forks Air Force Base (GFAFB) 'Friends And Neighbors Day' on May 27th 1989.
The Lockheed C-130 Hercules is a four-engine turboprop military transport aircraft designed and built originally by Lockheed. Capable of using unprepared runways for takeoffs and landings, the C-130 was originally designed as a troop, medivac, and cargo transport aircraft. The versatile Hercules airframe is used in over 40 models and variants and serves in more than 60 nations. (Wikipedia)
1989 Bob Nelson, photographer, and 2015 Craig Maas for the scans
Powered by ZENFOLIO User Agreement
Cancel
Continue