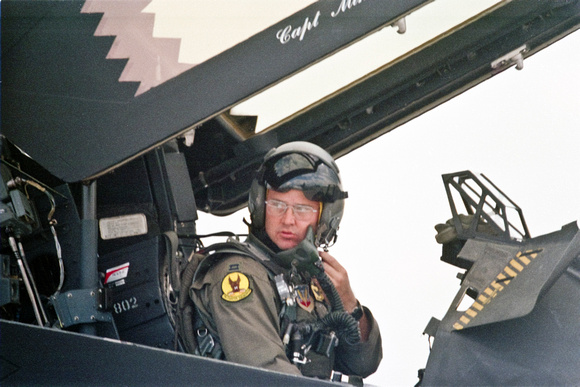 In 1992, the 49th Wing underwent a transition. The 7th Fighter Squadron retired its F-15A Eagles and received the Lockheed F-117A Nighthawk stealth fighters and personnel of the 37th Fighter Wing. After conversion to the F-117A in May 1992, The 7th deployed fighters and their crews to Southwest Asia during the 1990s as part of Operation Southern Watch to support United Nations weapons inspectors in Iraq, to enforce the no-fly zone. [wiki]