A 2:30 kick off, we arrived at the Fargodome with plenty of time to spare. (Thanks to Vic for providing Limo service.) Today was Harvest Bowl and Senior Day. So the when the lights were turned off a spot light was left on to follow each senior as he was introduced to a wildly appreciative crowd. #23 John Crockett got the loudest applause, as he danced and skipped across the field. The game was important, a victory by the NDSU 'Bison' would give them their fourth MVFC championship in a row. The Youngstown 'Penguins' had been playing pretty good in the these last weeks, so they were hoping to spoil the party. The Penguins fumble on their third play and it was all down hill from there. I pointed out the stats board to Sean. The Bison had a 2 to 1 advantage that got progressively worse until it was almost a 10 to 1 yardage advantage. The Bison played a little sloppy in the second half which allowed Youngstown to put a couple touchdowns on the scoreboard, but the game was never in doubt. Sean and his friends, Brandon and Abudulah, left in the third quarter. Mom and I stayed until the end, as Vic was meeting us with the car after the game on 12th Street. It was a fun game to watch, a lot happened in front of us this week. The crowd was loud including Yellie McYellerson, west of us, and Bandana Boy behind us.
---------------------------------------
Box Score

NDSU: Wentz 17 run (Keller kick)Key plays: Dudzik part of another turnover, this time picking off Wells pass on third-and-10 and returning it 31 yards to the 20. Touchdown comes on second-and-7. 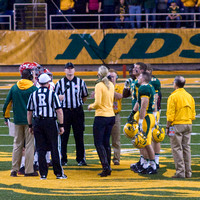 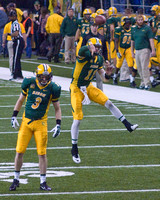 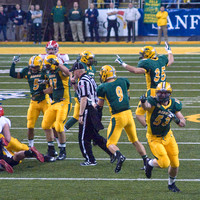 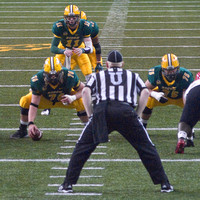 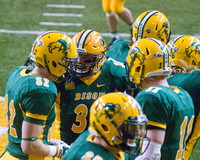 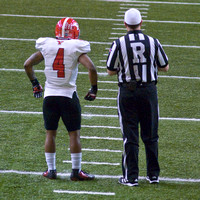 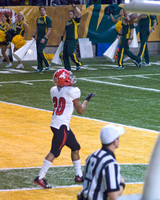