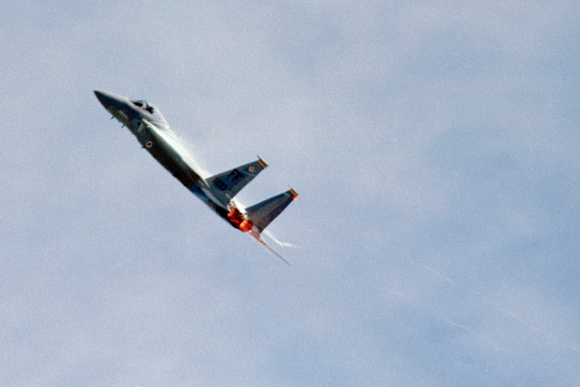 A F-15C ' Eagle' demonstration flight. AF82-033.
The 94th Fighter Squadron fly F-15C 'Eagle' with the squadron becoming combat-ready in early 1977. The 94 Fighter Squadron (94 FS) is tasked to provide air superiority for the United States and allied forces by engaging and destroying enemy forces, equipment, defenses or installations for global deployment as part of the 1st Fighter Wing. -[wiki]