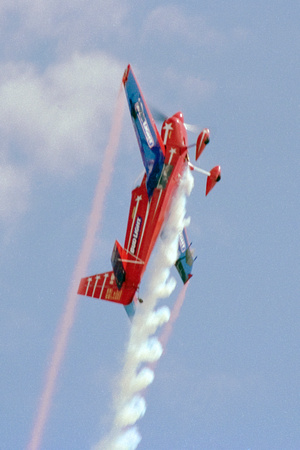 Leo Loudenschlager's Akro "Laser 200" was a particularly successful development with a 200 hp Lycoming IO-360 engine; initially a standard Akro apart from the engine, it later acquired a different wing airfoil, lightened fuselage and revised, lowered canopy with the decking behind it raised. Flying this aircraft he won the U.S. Aerobatics Championship seven times between 1975 and 1982 and won the World Aerobatics Championships in 1980. Several Lasers have been home built by others. -[wiki]