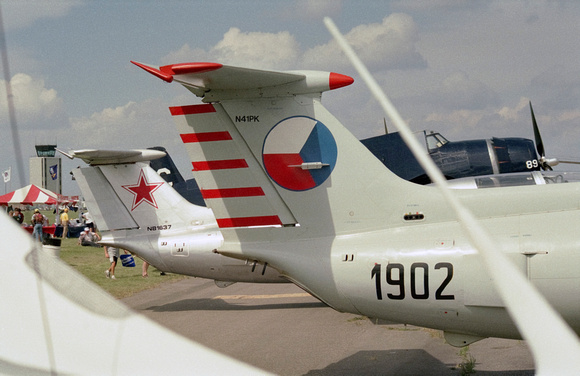 The Aero L-29 'Delf’n' (Dolphin, NATO name: Maya) is a military jet trainer developed and manufactured by Czechoslovakian aviation manufacturer Aero Vodochody. On 5 April 1959, an initial prototype, designated as the XL-29, performed its maiden flight. The L-29 was selected to become the standard trainer for the air forces of Warsaw Pact nations, for which it was delivered from the 1960s onwards. L-29 ended production during 1974. During the course of the programme, in excess of 3,000 L-29 Delfin trainers were produced. 2,000 were reported to have been as the standard trainer for the Soviet Air Force. -[Wikipedia]