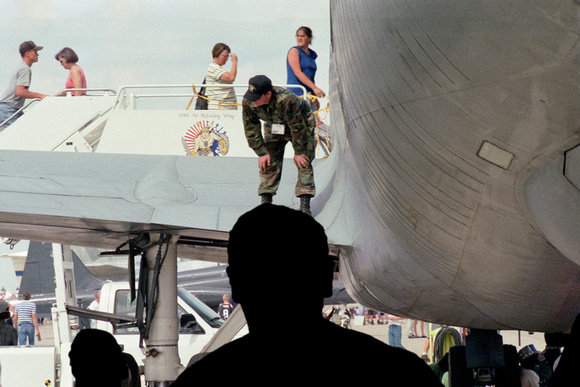 Tours of the Boeing KC-135R 'Stratotanker'.
The 319th Air Base Wing is a United States Air Force unit assigned to the Air Combat Command. It is stationed at Grand Forks Air Force Base, North Dakota. The wing was one of only three "super tanker" wings in the United States Air Force. On 1 October 1993 the Air Force redesignated the 319th Bomb Wing as the 319th Air Refueling Wing. The wing was reassigned from the Air Combat Command to the Air Mobility Command. It also reacquired the 905th Air Refueling Squadron and its KC-135R tankers while turning over its B-1B bombers to the newly activated 319th Bomb Group, an Air Combat Command organization. -[Wikipedia]