Created 13-May-09
Modified 15-Jun-20
Visitors 17
106 photos
Bob Nelson and I heard about this show at the Fargo Air Museum. It was a small show and out of the way but it wasn't far and it was a good chance to practice my air show photography. The day started off nice but then grew cloudy, windy and a little chilly. By 1:00 PM the clouds broke and it warmed up once again. There were more WWII aircraft than I thought- including a P38 Lighting and four P51 Mustangs. The Canadian Snowbirds were better than I remembered and even the acrobatics were fun as 100s of kids cheered them on.

The "Wings Over Wahpeton" airshow will feature the 431 Air Demonstration Squadron Canadian Snowbirds, Pietsch Air Shows out of Minot, Jim Pietz in his extra 300L and World War II military aircraft like the B-25 Bomber and P-51 Mustang. There will be seven to eight North American World War II aircraft featured in the show, which is pretty rare — they include P-38 Lighting, P-40 Warhawk, B-25 Bomber, TBM Avenger, T-6 Texan and T-28 Trogan. 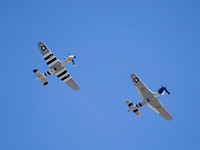 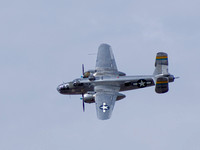 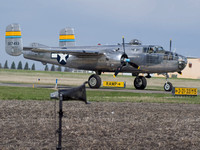 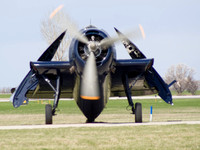 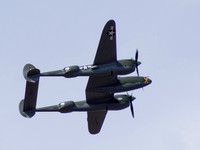 P51 Mustang- knock off my hat 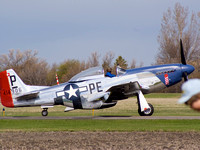 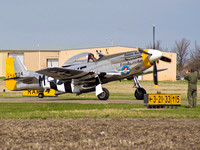