Created 24-Jun-16
Modified 15-Jun-20
Visitors 0
61 photos
RedHawks 4, Canaries 2
The Fargo-Moorhead 'RedHawks' took down the Sioux Falls 'Canaries' in 2:20 hours. The RedHawks are second in their division with the Canaries in last. The RedHawks scored one run the first and three in third inning for a 4-2 victory. The Canaries fall to 11-20. This was the 20th anniversary of the RedHawk's first game at Newman Outdoor Field. They play Sioux Falls.

​Solid defense for the 'Hawks with no errors and two double plays.
RedHawk pitcher #21 Taylor Stanton was solid through six innings. With nine hits, two scores, no walks, Stanton moves to (2-2) on the year. The Canaries scored in the seventh (Taylor Zeutenhorst) and eighth (Ozney Guillen). RedHawk's pitcher #19 Colton Reavis recorded his third save of the season. 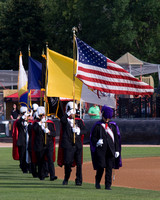 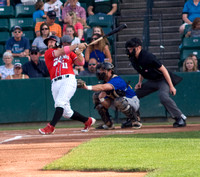 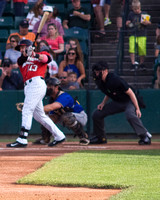 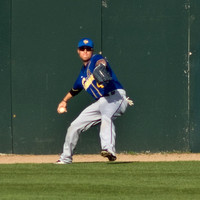