Visitors 26
Modified 15-Jun-20
Created 12-Nov-12
74 photos
November 10, 2012
The NDSU 'Bison' vs the South Dakota State University 'Jackrabbits' at the Fargodome. The teams were #1 and #2 in the Missouri Valley Football Conference and were playing for the 'Dakota Marker' and playoff berths. It was was a good game, with strong defensive play from both teams. The Bison ran more than usual, because their passing game hasn't been very strong lately. Coach Bohl even had Quarterback Brock Jensen running, including one 56-yard gain in the second series of the Third Quarter.
The Jacks were in the game from beginning until the end- although a penalty late in the 4th quarter put the game away.
18721 fans attended the last regular season game. The Bison are now guaranteed at least part of a Missouri Valley Conference Championship.
All the details: Box Scores. 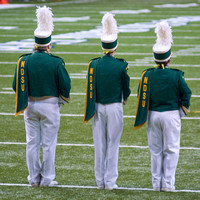 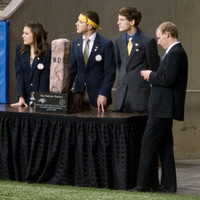 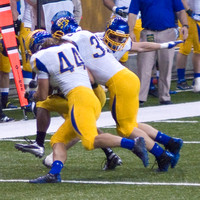 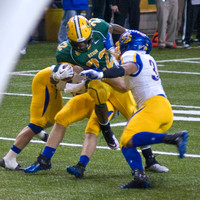 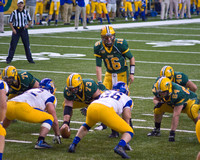 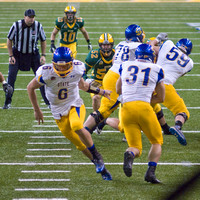 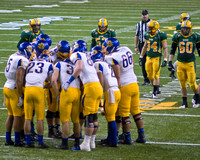