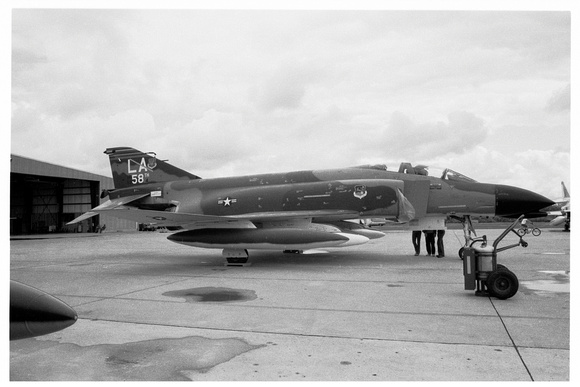 During the Vietnam War the F-4 was used extensively; it served as the principal air superiority fighter for both the Navy and Air Force, and became important in the ground-attack and reconnaissance roles late in the war. The Phantom has the distinction of being the last U.S. fighter flown to attain ace status in the 20th century. During the Vietnam War the USAF had one pilot and two weapon systems officers (WSOs) and the US Navy one pilot and one radar intercept officer (RIO), achieve five aerial kills against other enemy fighter aircraft and become aces in air-to-air combat.[6] The F-4 continued to form a major part of U.S. military air power throughout the 1970s and 1980s. (Wikipedia)
LA=Barksdale AFB
1975 and 2013 Craig Maas
Powered by ZENFOLIO User Agreement
Cancel
Continue