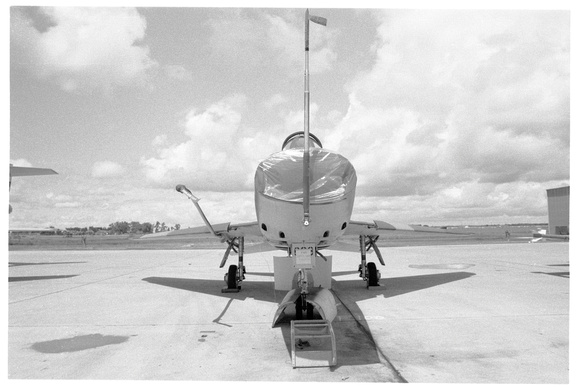 The first F-100D (54Ð2121) flew on 24 January 1956, and entered service on 29 September 1956 with 405th Fighter Wing at Langley AFB. Landing gear and brake parachute malfunctions claimed a number of aircraft, and the refueling probes had a tendency to break away during high speed maneuvers. Numerous post-production fixes created such a diversity of capabilities between individual aircraft that by 1965 around 700 F-100Ds underwent High Wire modifications to standardize the weapon systems.
(Wikipedia)
1975 and 2013 Craig Maas
Powered by ZENFOLIO User Agreement
Cancel
Continue