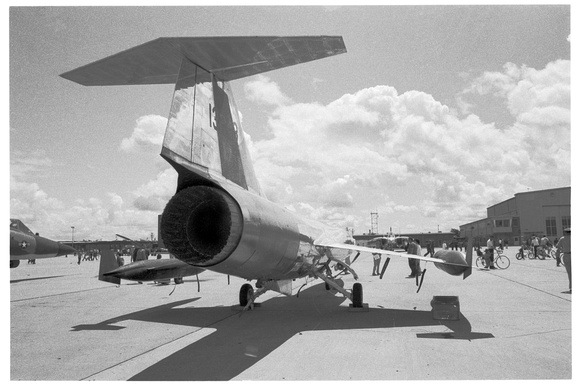 The F104 Starfighter was designed for pilots who requested a small and simple aircraft with excellent performance. Kelly Johnson at Lockheed chose a minimalist approach: a design that would achieve high performance by wrapping the lightest, most aerodynamically efficient airframe possible around a single powerful engine. The engine chosen was the new General Electric J79, an engine of dramatically improved performance compared to contemporary designs. The General Electric J79 is an axial-flow turbojet engine built for use in a variety of fighter and bomber aircraft.
(Wikipedia)
1975 and 2013 Craig Maas
Powered by ZENFOLIO User Agreement
Cancel
Continue