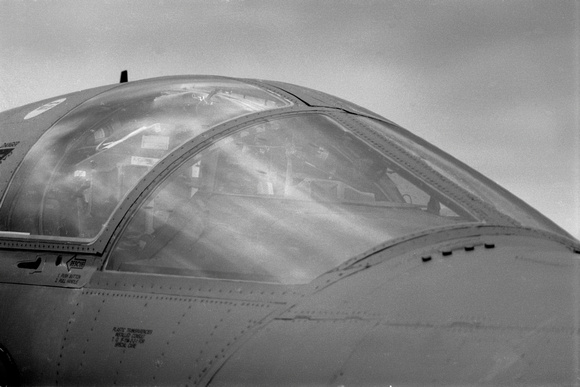 Cockpit of the General Dynamics F-111 'Aardvark' was an American supersonic, medium-range interdictor and tactical attack aircraft that also filled the roles of strategic nuclear bomber, aerial reconnaissance, and electronic-warfare aircraft in its various versions. Developed in the 1960s by General Dynamics, it first entered service in 1967 with the United States Air Force. -wiki
Photo by Bob Nelson on Sunday August 30, 1992, at the GFAFB.
1992, 2015 Robert A Nelson
Powered by ZENFOLIO User Agreement
Cancel
Continue