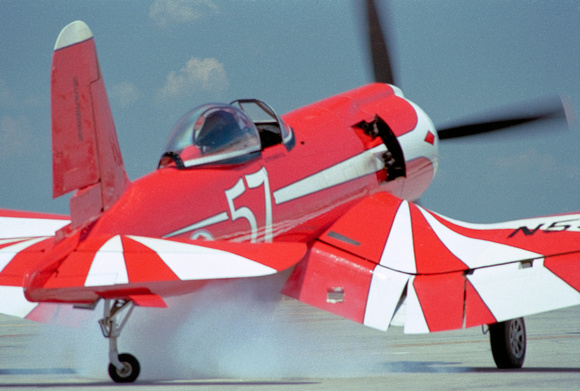 The Goodyear F2G, often referred to as the "Super Corsair", is a development by the Goodyear Aircraft Company of the Vought F4U Corsair fighter aircraft. The F2G was intended as a low-altitude interceptor and was equipped with a 28-cylinder, four-row Pratt & Whitney R-4360 air-cooled radial engine. Such a fighter was first conceived in 1939, when Pratt & Whitney first proposed the immense, 3,000 hp R-4360 engine and design work began in early 1944. [Wikipedia]