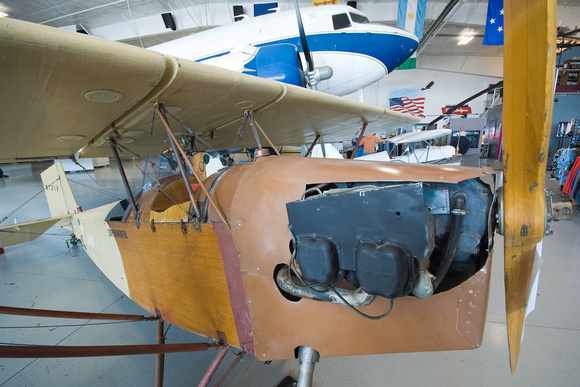 Born, Spring Valley Cherry Grove Township Minnesota. He learned to fly in the 1920's, and constructed his first homebuilt airplane in 1923 with a Ford Model T engine (Sky Scout).

In April of 1930, he brought two Ford Model A powered airplanes to Minneapolis. He showed the two aircraft to the editor of Modern Mechanics magazine to prove that an auto engine powered aircraft could indeed fly.
2013 Craig Maas
Powered by ZENFOLIO User Agreement
Cancel
Continue