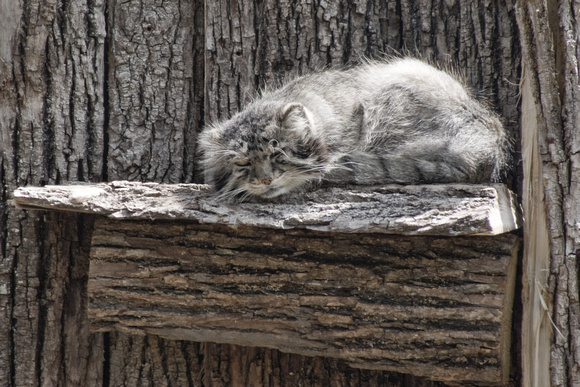 Pallas Cats (Felis manul)
Pallas' cats are native to the steppe regions of Central Asia where they inhabit elevations of up to 16,570 ft. They spend the day in dens, rock crevices, or burrows, and emerge in the late afternoon to begin hunting. They are not fast runners, and hunt primarily by ambush or stalking. Their diet consists of gerbils, picas, voles and partridges. The Red River Zoo is the only AZA zoo to successfully breed Pallas' cats consistently.
2013 Craig Maas
Powered by ZENFOLIO User Agreement
Cancel
Continue