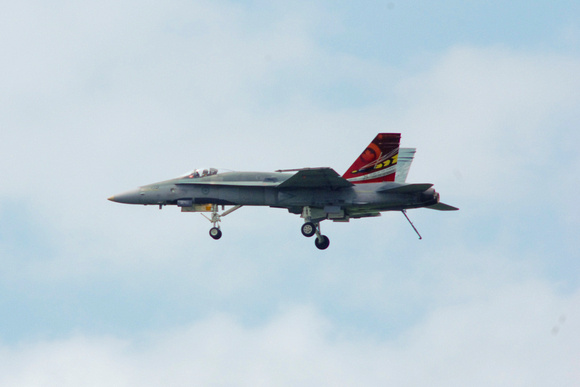 Flown by Captain Yanick Gregoire of the Canadian CF-18 National Hornet Demonstration Team. Gregoire's aviation career started much the same way - by attending air shows as a child with his parents. "It's how dreams begin," said Gregoire, who has flown the CF-18 for five years. "It's got to start somewhere."
[Inforum.com]