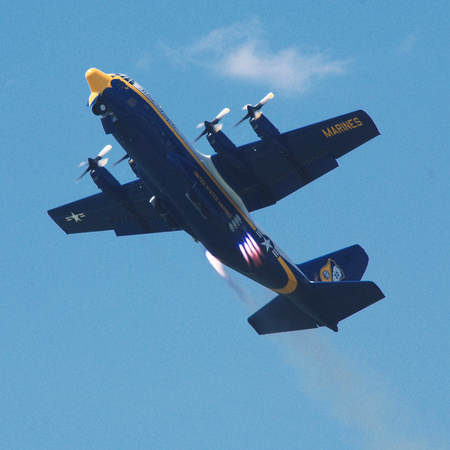 ÒThis has been a great (job), it is the most unique assignment,Ó McGath, 39, of St. Joseph, Mich., said. ÒThe C-130 is the most versatile aircraft in the military.Ó
Fat Albert showcases the C-130Õs capability before the F/A-18 Hornet fighter pilots perform at packed air shows, he said. The plane became part of the Blue AngelsÕ shows in the mid-1980s. At some of those shows, pilots demonstrate the aircraftÕs eight side-mounted rocket boosters, which allows the plane to take off on shorter runways.
ÒThis is unique to the Blue Angels,Ó McGath said about a transport being used to perform aerobatic maneuvers. [Burlington Daily News]