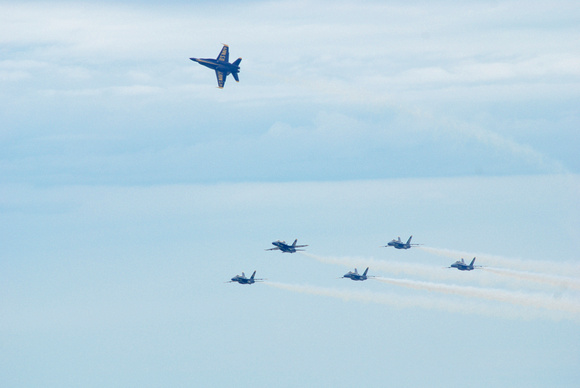 Missing Man Formation.
On Saturday, April 21st 2007, USN Lt. Commander Kevin J. Davis died during an airshow at Marine Corps Air Station, just outside of Beaufort, SC. The crash happened while the Blue Angels performed their final maneuver of the show. The pilots were about to reform their Delta Formation. It is surmised Davis pushed the stick too hard. The resulting 6.8 G-load caused him to lose vision or black out. Videos show David gave his 'Hornet' more angle of roll, and when he push the pitch, plane goes right to the ground. [Wikipedia]