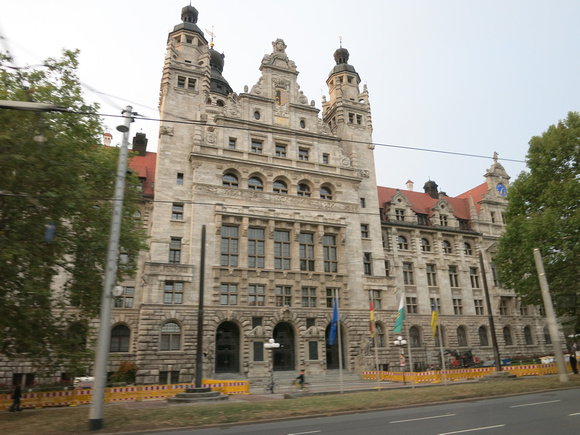 New Town Hall, Leipzig, DE
In 1895 the city of Leipzig was granted the site of the Pleissenburg by the Kingdom of Saxony to build a new town hall. A competition was held for architectural designs with the specification that the Rapunzel tower silhouette of the Plei§enburg be retained. In 1897 the architect and city building director of Leipzig Hugo Licht was awarded the job of designing it.
The foundation stone of the New Town Hall was laid on 19 October 1899. The town hall was built in the style of historicism. -wiki
2017 Craig Maas
Powered by ZENFOLIO User Agreement
Cancel
Continue