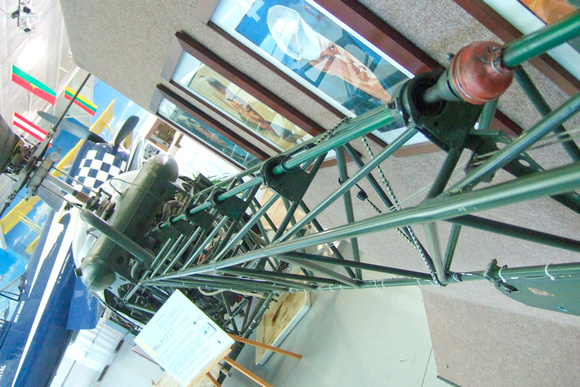 The familiar Bell helicopter, as seen on the TV program MASH, was used during the Korean Conflict and the Vietnam War to evacuate injured soldiers to medical facilities near the front linesThese MASH units (Mobile Army Surgical Hospital) saved the lives of many men and women we all know today.
Notice the braces on both sides of the cockpit, these are where the litters or stretchers were attached to carry the wounded, one on each side. Usually the copter could carry only three people. if four had to be transported, the Bell could do it, but its maneuverability was compromised.

This particular copter only served in the United States. It is now owned & operated by Ed Newberg of Hector, MN.
2012 Craig Maas
Powered by ZENFOLIO User Agreement
Cancel
Continue