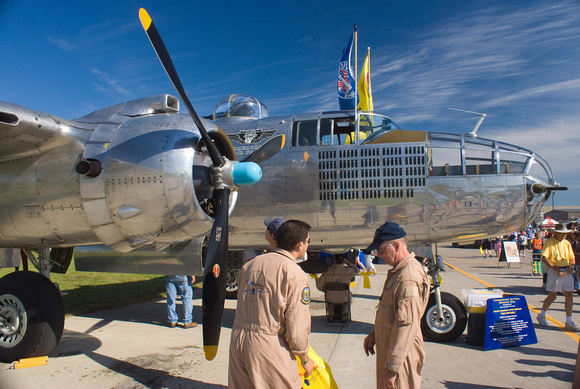 The Minnesota Wing of the Commemorative Air Force is proud to fly the North American B-25 bomber, "Miss Mitchell". The original "Miss Mitchell", served with distinction in the 12th Air Force, 57th Bomb Wing in Corsica, Sicily, and Italy during WWII. She flew over 135 missions with no serous injuries to her crew.
In August of 1944, pilot, Lt. Max Bell, earned the Distinguished Flying Cross while flying "Miss Mitchell" on a bombing raid to destroy bridges in Nazi-occupied Italy. The plane was heavily damaged by anti-aircraft fire but successfully destroyed the target and returned to base.
2011 Craig Maas
Powered by ZENFOLIO User Agreement
Cancel
Continue