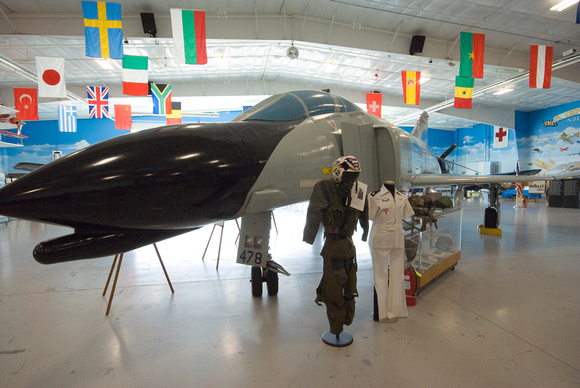 This F-4D Phantom II on display was flown by Lt. Becklund.
March 1985 - February 1988, he was a F-4 Pilot for the 178th Fighter Squadron, NDANG, Fargo, ND. February 1988 - January 1990, he was Chief of Scheduling and a F-4 Instructor Pilot. He stayed in the guard becoming a Colonel and serving as the commander of the 119th Wing, North Dakota Air National Guard, following an assignment as Director of Support.