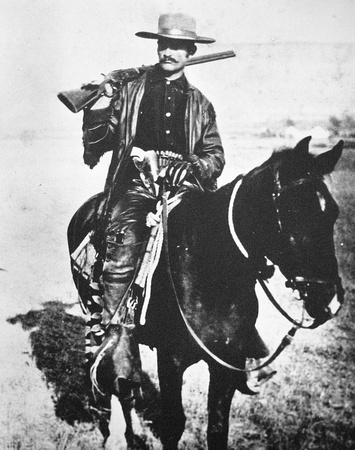 In 1883, the Marquis de Mores - a tall, aristocratic Frenchman - came to the Badlands just a few months before Roosevelt. His ambition: to increase his fortune by building a packing plant, slaughtering the cattle there, and shipping the processed meat to the Eastern markets. Medora- the town named after his wife - became the center of his operations.
Like Roosevelt, the Marquis was highborn, well educated, and loved politics. They both loved to hunt, and relished the challenge of the frontier. Roosevelt dined at the 'chateau' - the deMores' 25-room ranch house. Later, de Mores was a visitor to the Roosevelt home in New York. -nps.gov/thro
Theodore Roosevelt National Park, South Unit Visitor Center
2017 Craig Maas
Powered by ZENFOLIO User Agreement
Cancel
Continue