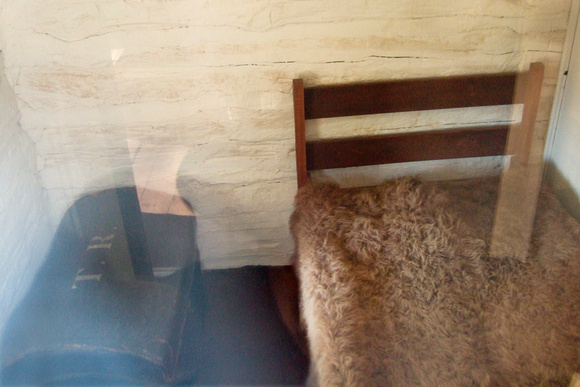 The second Rooseveltian artifact is the large trunk in the bedroom. Made of wicker and duck skin, emblazoned with the letters "T.R.", the light-weight trunk is the one he used on his travels between New York and Dakota. It was said that Mary Sewall, wife of Roosevelt's ranch manager Bill Sewall, had to straighten up the trunk at least once a week while he stayed at the Elkhorn. -nps.gov/thro
Theodore Roosevelt National Park, Maltese Cross Cabin.
2017 Craig Maas
Powered by ZENFOLIO User Agreement
Cancel
Continue