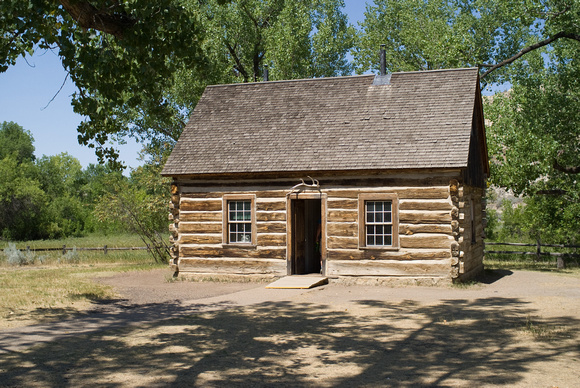 In 1901 Theodore Roosevelt became the 26th President of the United States, and ultimately one of its greatest conservationists. He later said, "I would not have been president had it not been for my experience in North Dakota."
Those experiences began in 1883, when Roosevelt arrived in the Dakota Badlands to hunt bison. Before he left, he purchased the primary interest in the Chimney Butte Ranch (known locally as the Maltese Cross Ranch). Roosevelt thrived on the vigorous outdoor lifestyle, actively participating in the life of a working cowboy. He would write three books about his experiences, which would deepen and broaden his career-defining conservation ethic. -nps.gov/thro
Theodore Roosevelt National Park, Maltese Cross Cabin.
2017 Craig Maas
Powered by ZENFOLIO User Agreement
Cancel
Continue