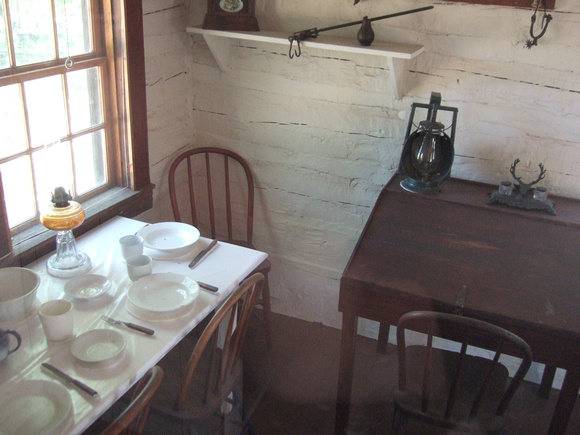 Two items are known to belong to Theodore Roosevelt. A small brown writing desk in the main room once sat at Roosevelt's Elkhorn Ranch. He considered the Elkhorn, built during the winter of 1884-1885, his home ranch. Although he never accomplished as much writing as he hoped while in the Badlands, he wrote several of his books on this desk (including his biography of Senator Thomas Hart Benton).-nps.gov/thro
Theodore Roosevelt National Park, Maltese Cross Cabin.
2017 Craig Maas
Powered by ZENFOLIO User Agreement
Cancel
Continue