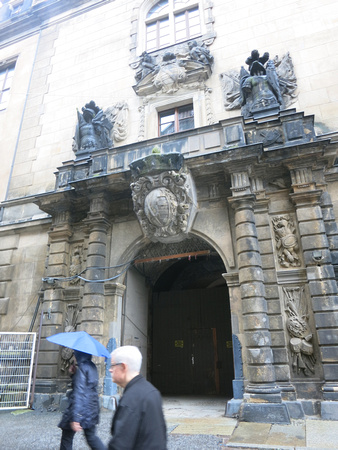 After a major fire in 1701, Augustus II the Strong rebuilt much of the castle in the Baroque style. The collection rooms were created at this time in the western wing. The Silver Room, Heraldic Room and the Pretiosensaal were built from 1723Ð1726 and the Kaminzimmer, Juwelenzimmer (Jewel Room), Ivory Room and Bronze Room were built from 1727Ð1729.
The 800th anniversary of the House of Wettin, Saxony's ruling family, resulted in more rebuilding between 1889 and 1901. A Neo-renaissance renovation was undertaken, followed by various modernizations, such as in-floor heating and electric lights in 1914. -wiki
2017 Craig Maas
Powered by ZENFOLIO User Agreement
Cancel
Continue